Wentworth College’s Sailing Academy welcomes new students to the sport, as well as coaching and supporting students who wish to compete nationally and internationally.   Two evenings a week, in Term 1 and 4, our students sail from Manly Sailing Club under the watchful eye of the teacher in charge of sailing, Miss Amy Fisher, with support from the Russell Coutts Sailing Academy top coaches.  Students can sail 420’s, Topaz dinghies, O’Pen Bic’s, 29ers and Optimists.  Students get to learn new sailing skills and techniques required for demanding team work in boat handling as well as getting the chance to compete in regional and local regattas.

The Wentworth College Sailing Academy has had increased success over the years and now competes in the gold fleet events, with our racing team placing 3rd in New Zealand giving them the eligibility to compete in the Pacific Rim Regatta.  The Academy offers a Learn to Sail Programme in Term 4 and Term 1 for sailors new to sailing.  The Academy uses 2-handed Topazes so even the most nervous sailor can buddy up and enjoy a day out on the water in a safe environment. Upon completion of the course, the sailor moves into the 420 squad. The squad trains and attends 3 regattas in the September holidays, at Christmas and in the Summer tournament week in March. A racing team is selected for the Nationals in April.

Uniform: Life jacket and waterproof jacket and additional sailing clothes as noted in the handbook.

About Teams Racing: The inter-school team races are sailed in 420 yachts, crewed by 2 persons with a total minimum weight of 110kgs. Each race is made up of six boats, across 2 teams (3 boats per team), in a Round Robin series with each race taking 7-10 minutes to complete the short course.

It is all about protecting your patch and ‘blocking’ the path of opponent boats so as to let your team get the best overall placing. First across the line gains 1 point, 2nd 2 points and so forth. So if you get a first, a second and a sixth, that is a total of 9 points. The other team would get 3+4+5, a total of 12 points, decreeing those who got 9 points, the winners of that race. It has been described as Chess on Water. 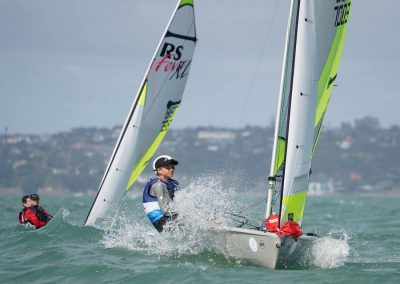 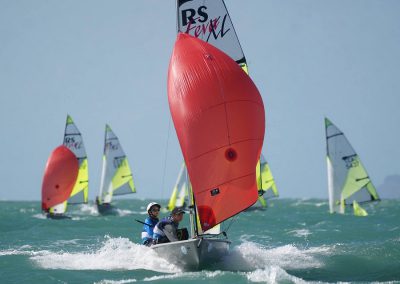 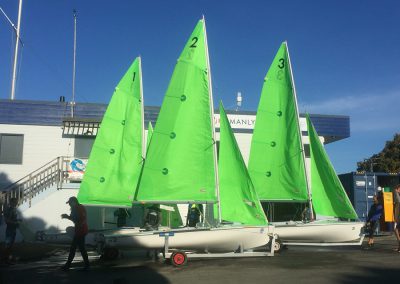 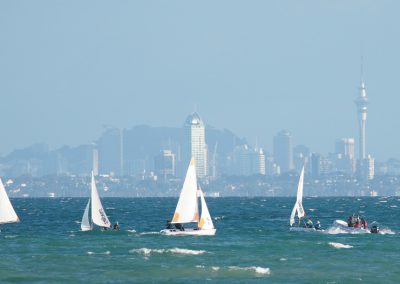 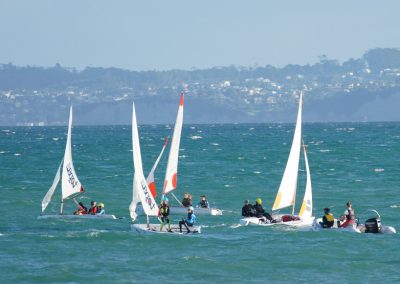 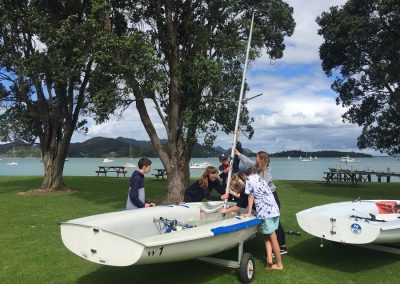 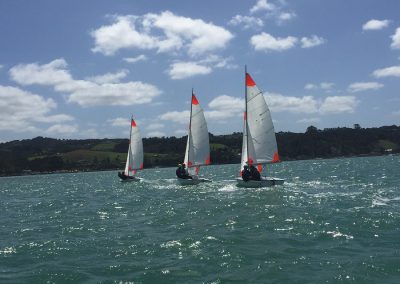